The Soundhouse Music Alliance is a not-for-profit organisation, with DGR tax deductible status, which has grown over a 30-year period from humble beginnings based on the establishment of the Alfred Brash SoundHouse at the Arts Centre, Melbourne.

Soundhouse aim was to help schools, teachers, community members and musicians alike make the best use of the emerging music technologies, and thus become creators of music rather than passive consumers.

The vision of such a facility was inspired by the late Geoff Brash AM, and Martin Carlson OAM. This original Soundhouse was supported in its early growth by a range of industry companies including Roland, Yamaha, Tascam, Teac, Kawai and TDK, but went on to become an integral part of Arts Centre Melbourne education and community access programming.

Our dedicated individuals have been involved in the establishment and management of those facilities, with many having been leaders in the field, who have regularly developed new programs, run conferences and professional development activities, shared resources, and provided technical and advice and support. Delivery of the Music Technology in Education Conference (MTEC) formed part of that support structure.

In addition, curriculum innovation included the development of resources and programs to support children with disability to experience the joy of music creation. The Soundhouse Special Access Kit, with its Banana Keyboard grew out of that work. A great deal of philanthropic support from the Myer and Buckland Foundations, as well as many other contributing partners and individual donors supported this development.

The music therapy program at Arts Centre Melbourne based around the use of the kit won the Victorian Arts Portfolio Leadership award for services to disability in 2011.

Key partnerships with state education authorities and specific provider groups have assisted to broaden the range of programs supported through Soundhouse Music Alliance. A recent example has been the rollout of the Musical Futures program, which was also supported by the Australian Music association and the NAMM foundation grant program.

Stay in the know!

We'd love to hear from you.

The Soundhouse Music Alliance is a not for profit organisation, with DGR tax deductible status. Our aim has always been to encourage community members to become creators of music rather than passive consumers. 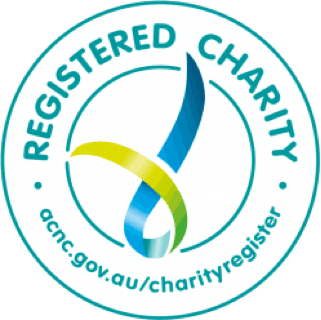 The Soundhouse Music Alliance is a not for profit organisation, with DGR tax deductible status and is registered with ACNC.